The Birth of the School 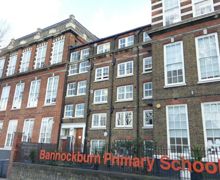 The headteachers were assisted by five class teachers (salaries of £90 p.a.). The school caretaker was Mr Richard Albert Jones. Mr Jones and his family lived on site in the school house, which is now where The Lodge is located.

A year after opening, the school managers (governors) reported that work was “undertaken with vigour” and that importance was placed on both work and play. There was a dedicated room for winter “lantern lectures” (slide shows) and there were football and cricket clubs.

Special interest was placed on the garden in the playground (which was popular with the children) - in which flowers were grown for drawing lessons – and nature lessons were conducted in Bostall Woods. There were several excursions to local places of interest.

Parents were invited, at regular intervals, to visit the school during lesson-time. The parents appreciated this privilege and the results were “pleasing and instructive”. The halls were used for P.E. and singing. The children were encouraged to save and the school bank was already prosperous.

The Museum (located above Plumstead Public Library) was a source of interest and instruction.

In the Infant Department, children who attended punctually and regularly were rewarded with an armband, and the class with the best attendance each week held a flag. Reports from LCC Inspectors in coming years were in the same vain. They expressed satisfaction at the value placed on play, music and dancing and the “natural, frank and individual” personalities of the children.

At junior level, the curriculum forced an effective bridge between the Infant and Senior Departments. There were plenty 1901 Census - Schoolkeeper School Log Book of opportunities for “doing” – for example, the children were encouraged to dramatise history and stories to inform their written work – which was also accompanied by illustrations of high standard.

The senior girls attended the Laundry Centre at Plumstead High Street School. From 1913, children were selected to attend the Woolwich Evening Play Centre.

By 1915, the girls and boys in the top class were taught separately, and both Church Manor Way and Plumstead High Street were feeder schools for Wickham Lane Secondary.

The LCC Inspection in 1915 brought special praise to the school: “The special difficulties of the moment are particularly manifest in Woolwich (there would have been a huge increase in the size of the population due to the massive numbers of employees required to work at the Royal Arsenal and conscripted soldiers being trained to the various barracks located around the town), and the continued strain to which the teachers and children are subject is an important factor in school life. The work in this department has suffered much less than might have been expected and much credit is due to the member of the staff for their self-possession and cheerfulness under trying conditions.”

During the early part of 1915, Church Manor Way and Plumstead High Street sites were alternately occupied by the army – meaning that both sets of children were taught in shifts at whichever of the schools remained open for lessons. There was less emphasis on formal treatment of lessons, such as Grammar, and greater emphasis applied to individual effort, independence, private research and diligent follow-up to feedback marking.

Specialisation in subjects was being introduced – for instance, there were History and Geography teachers in the Senior Department.

The value of practical work was still recognised, particularly in relation to Gardening.

At the end of October 1926, the two schools were re-organised. Plumstead High Street became a mixed Senior School (having previously accommodated separate Girls and Boys Elementary Schools). Church Manor Way, on the other hand, now contained separate Boys’ and Girls’ Junior Schools. In addition, Church Manor Way School was used in the evening by the Woolwich Adult Education Institute.

The head teachers of the various new schools were keen to maintain the link, as a natural evolution of the re-organisation as they recognised that they had a common aim. Working as a team, the junior curriculum informed the senior curriculum. The head teachers met frequently, with the Headteacher of Plumstead High Street School effectively acting as an executive head teacher. This view was supported by LCC inspectors, and it was even planned that the schools would be bound by a common name.

The entire Church Manor Way School, both pupils and staff, were evacuated to Maidstone in Kent.

After the Second World War

Another reorganisation – the school became a girls’ Secondary Modern, concentrating on vocational skills – indeed, there were now two housecraft centres in separate buildings, including a flat! A commercial course was introduced in 1956, which was very popular. This was for one year, with an option to do two years by staying on at school until 16 years old.

The classes were streamed and girls in the top streams were taught French and there were school journeys to Paris. Needlework played an important part in the senior years, for girls intending to work in the “rag trade”.

In 1957, one of the ground floor classrooms was converted to a science laboratory. Half the girls in the first three years took general science lessons, with just a handful continuing at senior level. The other half of the younger girls did gardening in the still-extensive garden, growing flowers, vegetables, soft fruits and salads.

Although not offering ‘O’ Levels, inspectors observed that more girls were staying on for the extra year and more were entering skilled employment afterwards.

The London School Plan had envisaged a comprehensive system, but was unable to afford it at the time. In 1967, three local girls’ secondary schools – Kings Warren Grammar School (the “Brown School” due to the brown uniforms), Waverley School (another Secondary Modern for girls which did offer ‘O’ Levels) and Church Manor Way amalgamated to form Plumstead Manor Comprehensive School on the site of the Kings Warren and Waverley Schools.

Subsequently, the school opened as Churchfield Secondary School for boys and girls with moderate learning needs. Churchfield moved to Greenwich in 2003, after which the building was used as an annexe by the Greenwich Pupil Referral Unit.

The rapidly increasing population in Plumstead and surrounding areas has led to a revision, again, of school provision in Royal Greenwich Borough. The building and grounds at Bannockburn Primary School, unable to match demand meant, inevitably, an expansion: into the Church Manor Way site in 2012 – with the official opening in May 2013. The current split is Reception and Key Stage 1 classes at the High Street and Nursery and Key Stage 2 classes at Church Manor Way.

We are pleased to announce our Reception 2023 Parent Tours. The dates and times are on the calendar.

If you wish to book a space on a tour, please use this link

We wish to share with you a new website which has a wealth of support and guidance for you as parents and carers.

Place2Be Parenting Smart is for all UK parents and carers of 4-11 year olds. The Parenting Smart site is completely free to use and access, full of tips and advice on a range of topics including transition to secondary school, meltdowns, and sleep difficulties (and so much more!).